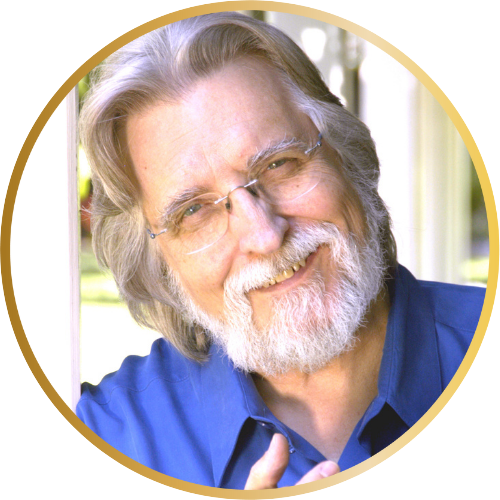 Neale Donald Walsch has written 39 books on contemporary spirituality and its practical application in everyday life. With an early interest in religion and a deeply felt connection to spirituality, Neale spent the majority of his early adult years thriving professionally, yet searching for greater meaning in life. He has said that this yearning let to a series of deeply personal spiritual encounters which he experienced as direct exchanges with the Divine. A series of books titled Conversations with God emerged from those moments, and has been translated into 37 languages. Seven books in the series reached the New York Times bestseller list, Conversations with God-Book 1 remaining there for over two-and-a-half years.

His latest book is The God Solution, published in December, 2020, which invites humanity to embrace a new global ethic based on a refined and clarified definition of God. The book proposes that there is a single statement of spiritual truth upon which all the world’s religions could agree, and which would birth a shift of spiritual paradigms around the globe of such magnitude that it would produce peace and happiness on our planet at last.

Walsch presents online retreats and lecture programs for persons around the world, focused on what he calls the most important question facing humanity today. That question: Is it possible that there is something we don’t fully understand about God and about Life, the understanding of which would change everything?

In order to deal with the enormous global response to the writings in the Conversations with God body of work, an internet platform has been created at www.CWGConnect.com, where the scope and breadth of the CWG messages may be explored in audio, video, and written form, and where readers may get answers directly from the author to any questions they may have about the material.